We have just submitted the CFP, or "CanSat Final Paper", the last piece of documentation of our work at the CanSat-competition. This report is structured in a very similar way to a scientific project manuscript. Its purpose is the presentation and discussion of our scientific findings as well as the overall outcome of the project.

In the weeks to come, all CFPs will be published at ESA's website, we'll provide links as soon as possible.

At this moment in time, we are still in close contact to AATiS e.V. who provided the construction kit for our gas chromatograph. In the next months, they will publish two reports about our project as well as the modulation of their gas chromatograph and the measurement of humidity. We will keep you updated about the process.
Posted by Unknown at 21:16 No comments:

Day 5 - Farewell and a Trip to Lisbon

Today was our very last day in Portugal. Given that there was no predefined schedule or obligations by the organisers of the competition and that our flight took off only in the late afternoon, we decided to spend this day in Lisbon, walking around the city and enjoying ourselves.

We finally had the opportunity of meeting and saying goodbye to some of the other teams who we would really like to meet again one time. Thanks a lot to all the awesome people we got to know during these five days of stress and thrills, but also of a lot of teamwork and fun! 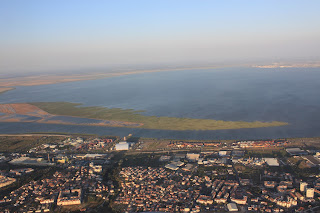 After a long night of gas chromatography and launch campaign analysis, the final presentations of each team's CanSat work and the results of their launches took place this morning and early afternoon. Having been randomly scheduled as the first team to present in front of all the other teams as well as the jury, we were firstly really nervous. After some minutes of error and data analysis, there were some comments from the jury, especially regarding our antenna and data transmission that had failed during the launch campaign for the first time since our German launch.

Although we were content with our own presentation, during the thirteen ones to come, we realised that each single team here had won their national competition for a reason. All missions were so advanced and carried out so precisely that they definetely impressed us a lot.

Some hours later, there was the prize giving and closing ceremoy. After several speeches, the winners of this year's European CanSat commpetition were finally announced:

3rd prize for the Irish team "Confey Can"
2nd prize for us, "URSinvestigators" from Germany!!
and 1st prize for Portugal's  "ENTA Team SAT 2"


We are really happy, thankful and proud, of course, to be ranked European "vice-champions"! We'd also like to congratulate the other teams whose joy we definetly share because we know that they all did a great job and really deserve their succes.

In the end, we would like to say THANK YOU:

On the one hand, to our sponsors and parters who supported us with material and advice that were essential for us to achieve build up our performance.

To ESA, the jury and the local organisers at the airfield of Santa Cruz who gave us the possibility of participating in this awesome competition and of gaining all the experience that we have collected so far.

On the other hand, to the great people we spent these days with. Enlisting them all would go beyond the scope here, but we are very thankful to have got to know them much more than for mere professional cooperation.

And, most importantly, to our supervising teachers Mr Servos and Mrs Censarek who not only helped us out whenever we needed them and gave us advice in any imaginable way, but also grew to be an inseperable part of our team as such. Special thanks also to Mrs Springer who stood in Portugal for Mrs Censarek who sadly could not be with us this week.

We are very thankful that during the last one and a half years, all of us had a great time that we possibly won't ever forget. Our sincere gratitude goes to everyone who was, in any way, part of this journey.
Posted by Unknown at 18:34 No comments: