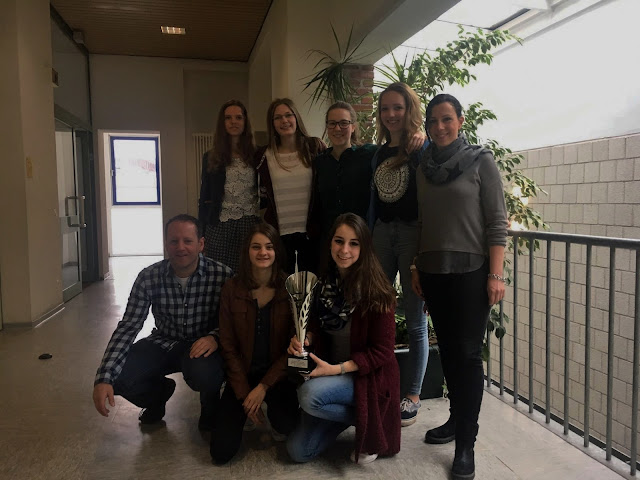 The eight-member CanSat team URSinvestigators consists of six pupils, as well of two supervising teachers, from the Erzbischöfliche Ursulinenschule in Cologne, Germany.

Hannah, Lilli, Maria, Laura, Violetta and Isabelle will be graduating in 2017.  Throughout our project, Mr. Servos (teacher of maths and physics) supported us with advice concerning our electrical and mechanical design, Mrs. Dr. Censarek (teacher of biology and chemistry) helped us creating and testing our own gas chromatograph and provided the chemical know-how.

A huge majority of us has been workig together since 2013. We started out as a team construcing and programming a robot as a school project. In this context, our supervisor Mr Servos introduced to us the German CanSat competition to which we applied some weeks later. We started working on our mission in the beginning of 2015. In October, we took part in our first Launch Campaign, which was an exceptionally valuable experience for all of us.

We were honoured to represent our country during the European finals in June, 2016. Expanding on our previos missions, we were able to create a more and more sophisticated design that was rewarded with the second prize.


On this website, you will find detailed documentation of our experience as well as up-to-date information on more recent projects.