The day we had all awaited and worked towards had finally come. Having made the last preparations such as attaching the parachute to the satellite´s rods as well as tensely assembling our CanSat for the very last time, we were ready to leave for the launch. 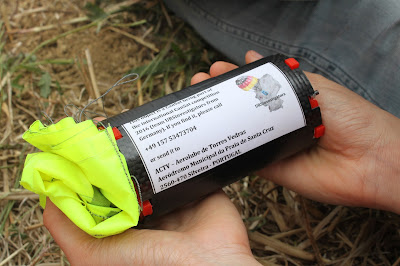 It seemed as if the weather conditions, namely a thick cloud cover at a low height as well as unfavorable  wind gusts, wanted to prevent our satellites´missions from being  carried out. The launch was delayed several times, which let our nervousness arise to an almost unbearable level. Nevertheless, we pretty much enjoyed spending time with the other teams whilst waiting. 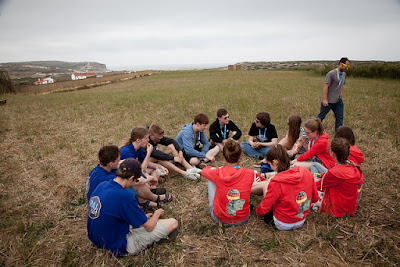 Having passed the satellite´s last check, it turned out that we were to be the last team whose satellite would be launched with a rocket. 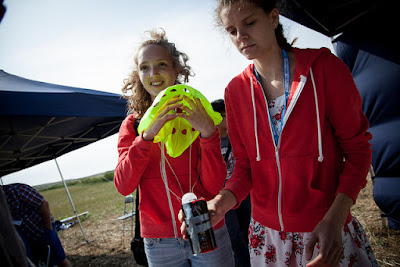 During the pre-launch, we already had to face the first problem as we were not able to properly align our antenna due to the steep descent to the rocket´s starting place, which we were able to solve by using a table increasing our antenna´s mobility. 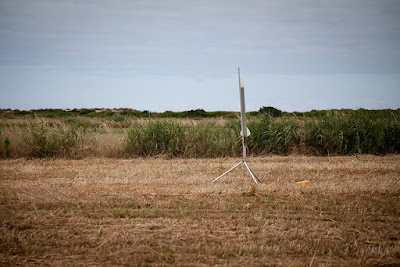 The start signal sounded and we couldn’t help but watch the rocket disappear in the cloud cover, whilst detecting that we hardly received any data. We were not able to accurately track the satellite due to the missing mobility of our antenna as well as the impossibility to make out our CanSat´s position. During the landing, we finally received data again despite the long horizontal distance which allowed us to hand out it´s location measured be the GPS. 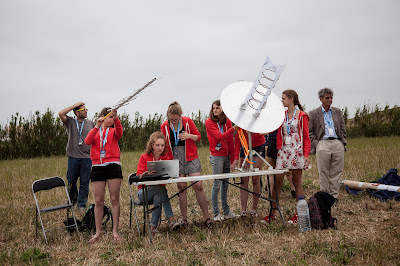 Since a successful recovery is crucial for our secondary mission, we were relieved when hearing that we were about to receive out satellite in the evening.

A long night including the analysis of any received data and the failure of our antenna as well as the gas chromatograhical analysis is ahead of us since the outcome of our mission is to be revealed in tomorrow´s final presentation.
Posted by Unknown at 23:09