Today, we met and completed our parachute. After having finished sewing, we decided to add to the central hole several small ones. They are arranged circular around the central hole as this model of a round canopy parachute appears to have the best flight stability.

As there is no drag coefficent for parachutes of this design a calculation of the exact size of the parachute and the holes was not possible. Therefore, we developed a testing concept for measuring the air resistance with an air velocoty of 11 m/s.

The test was very succesful. This is what our parachute finally looks like: 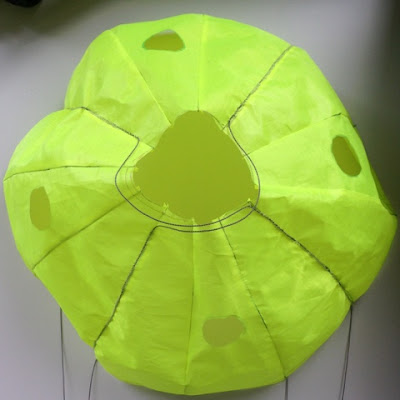